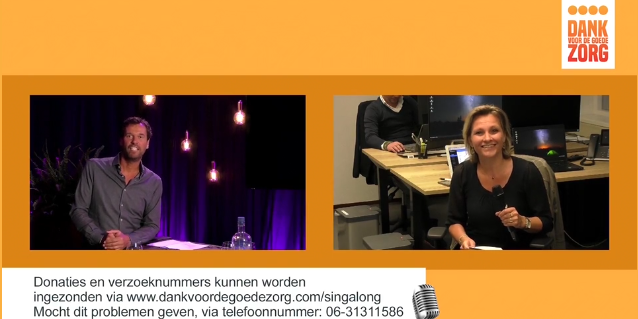 the last few weeks have been surrealistic for nearly every body around the world and and creativity in the corner of broadcasting has never been so high we think! Idea’s around programs being made from home to playout facilities being monitored from home. on technology seems to be popping out and its called SRT. YourSide is an adopter of SRT already for about 5 Years and is a trusted HaiVision Rental Partner.

To show the options and the interoperability of the SRT protocol there is one really cool event we would like to bring to your attention! Starting the 5th of may the SRT Alliance is hosting a PlugFest! SRT Plugfest is a virtual event for developers to test interoperability and compatibility between different technologies using the SRT open source video streaming protocol. Participants will get access to leading video streaming technologists, live SRT video streams, and cloud resources including Haivision’s SRT Hub, an innovative cloud-native media routing engine built on Microsoft Azure. It allows you to do a deep dive in whats out there and see with your own eyes what can be done using SRT. Please Click here to reserve your spot on the Plugfest!

Also last week we have seen some examples of how SRT was enabling the guys at LiveX New York to sports events with a minimal crew onsite but still with the same looks an feel that a full onsite crew would of provided. They are using the Makito Series for about two years now and have come a good way in over the internet remote productions.find the recording of the Webinar here and be impressed your self. SRT can really bring down the cost of connectivity for bringing in signals from productions sites to your facility and bringing that facility signal to your carriers like cable companies.

as these last few weeks have been really strange for broadcasters and production houses we get questions from all sorts of angles. we have done a link between three hospitals allowing patients to talk to family members over a high resolution video link from one hospital to an other making it easier for family to virtually visit there loved ones that where moved to a hospital further away from there  domicile as capacity became a bigger issue.
one of the other question we have got if we could provide the encoding and transport of video for a local broadcaster (Studio 040) from the dutch city Eindhoven. There playout is located in the City of Oss and they where sending there signal from Eindhoven to Oss using SRT and we (YourSide) took care of the transcoding towards Facebook and YourSide using the Makito KulaBite. (see the results on YouTube). This show is being aired every Friday afternoon and is fully automated in the KulaByte making it possible for the broadcaster to just turn on the encoder in front of the show and check the connection with there playout facility and check the contribution towards YouTube and Facebook without the need to contact our broadcast center.

Also we provided the Broadcast link to bring the signal from a benefit concert to raise funds to provide healthy and tasteful meals prepared by the local restaurants from the city of s’-Hertogenbosch to the health professionals providing the so needed care to the corona patients and making sure that when these professionals get home  and they need not to go to the supermarket but just enjoy a good meal. this initiative called #dankvoordegoedezorg needed some extra budget to buy the ingredients for the meals.  The signal was brought to the local broadcaster DTV Den Bosch using an Makito X encoder towards there playout. the link was used for around 3 hours using plain internet and stayed up without any issues! the bandwidth used was 10Mbps. Our contribution was small but the impact of all partners together was huge and where proud te have been just a small part in this! i feel obligated to also post a link towards all the partners involved with this project.