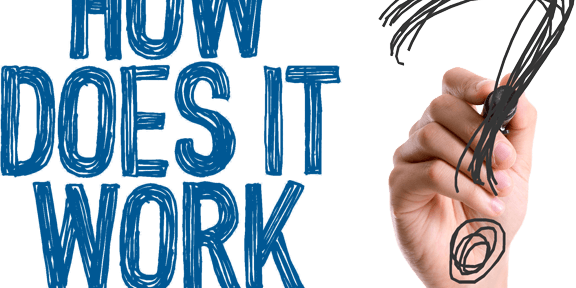 In this blog I would like to take some time to explain in simple words what SRT is and what it can be used for. Last IBC we have seen the little signs every where stating that the product in that booths is support SRT but what is SRT what does it do and how can you as a company use it ? In this Blog post I’m going to try to be as less technical as I can in explaining what SRT actual beholds as a protocol and how it can be used. in short, SRT in simple words.

Rack With SRT encoder and Decoder to do Standup Presentations

SRT in its earliest form was developed by HaiVision as a protocol to transmit video (or other payloads) over unstable networks with as low a latency as possible. As the “Legend” goes the first draft of this was made on a piece of cardboard. this piece of cardboard came from a box of wine bottles that according to the engineers involved where all liquidated during this intense design session.  The basis of the Protocol is around the ARQ ( Automatic Repeat reQuest) prinicple. this means that packets are send without waiting for the packet to be confirmed on arrival. the protocol used for this is UDP this protocol does not require every packet to be acknowledged on the receiver end.  this means that you save time and bandwidth. this in contrary to TCP that does require packets to be acknowledged on reception.  but as we stated here above SRT is deigned to work with unreliable networks and thus this means that we can loose packets if an problem occurs on the  network between the sender and the receiver. This is where ARQ kicks in. the Sender labels the packets it sends with a tag. to keep things easy I’m going to say it timestamps the packets and gives them a number.the Receiver end simply reads the numbers and the timestamps and places the packets in the right order. when it discovers that it is missing a packet it will send a message to the sender asking it to resend the packet with that specific number. this message that is send back is called a Negative acknowledgement (NAK). the sender will then, if it still has the packet in its buffer resend the required packet so that the receiver can complete the stream and output the video (Or file transfer).

Connection modes that can be used to link SRT devices

an other nice upside of SRT are the three connection methods available, Caller Listener and rendezvous.  let me start with stating that this has nothing to do with the direction that the video or other type of payload is flowing. these modes are the ways that SRT clients can connect with each other to find its counterpart. Caller, this is a device that initiates the connection to a listener. if you have no way to open ports on the outside of the firewall that your behind but your able to create an outgoing connection this is the way to go. the client will try to find its counterpart the listener. the listener is like a web server just sitting there waiting for a caller to connect and exchange its details to setup the connection. and as I told before a video encoder can be both a Caller or a Listener. the Listener requires you to have an port open on the outside on the internet for the caller to connect to and request the listener to send or receive the video or other payload. the third option is rendezvous, this options sort of tricks your firewall in thinking that a session has been setup and thus allowing traffic to flow back in. In this mode you will set the IP address on one box to connect to the other box and vice versa. both firewalls then see a connection going out and the date flowing back so thinking its a legitimate IP connection. There is a forth option that contains a middleman and the middleman is called the SRT gateway. This device can sit somewhere on the internet being the Listener on both ends  and taking connections and just simple passing the contents from one caller to the other making it easier to transfers firewalls. This is the setup that we (YourSide) use to provide our IP based links for studio’s and Live Broadcasts.

Safety within the protocol!

the video your sending is your most precious property and besides that you want it to be delivered in pristine quality you want it to be secure and that can only be decoded by the correct person or device. SRT allowes you to use encryption on the data feed up to an encryption level of AES 256. and as its a rotating security key its almost near impossible to crack without knowing the encryption key that you have set.

Altough the first steps in the development has been made by HaiVision the protocol is open Source availble on GitHUB and so everybody can develop solutions that utilize SRT in its core or edge making it a fst growing alternative for other know protocols like ZiXy, and RTMP. Products like VLC Player, OBS Broadcaster and VMix already have SRT build in and available for you to use! also the widely used video encoding software FFMPeg also has SRT in there making it easy to sart using SRT. there are over 200 parties already using SRT. these can be found on the webpage of the SRT Alliance.

How can it be used ?

Well SRT can be used to transport your signal from the studio / OB truck to your Playout / Control-Room it can also be used as a fixed setup to do a remote standup to have talent do there reports or to in your broadcast.also you can repackage your IP Multicast stream into SRT and unwrap it on the other side and  redistribute it as a multicast stream again. Not only for broadcasters but also for medical applications!

Lets give you a few examples of how we (YourSide) have used SRT in the past, in 2019 a local broadcast in the Netherlands approached us to see if we could help them out to bring a Broadcast feed including audio of two commentators from an outside location to the studio located about 10 kilometers away. we used the Makito X Encoder and Decoder to bring the Program feed created along the route of the Carnivals parade to there studio using the normal internet. We contacted one of the residences along the  route and asked if we could use there internet connection during the parade. we created a 5 Mbps stream in HD that was then put in to there regular studio program. (Watch the YouTube Registration)

in this 2019 we have also done a long Video broadcast of a Cultural Song contest in the city of den bosch (10 hours of Live Broadcast) that was produced to be aired on Youtube and on the Local Broadcaster DTV  for the same broadcaster we also did a live broadcast of a carnival parade allong the route. The broadcaster has an SRT decoder as part of its Master-Controlroom facilities allowing them to just call and go Live. as they also provide playback services for other broadcasters like Studio 040 also they have the option to just go live in the blink of an eye. for 040 there first experience with SRT was that they could just start doing there broadcast without the intervention of a IT engineer! there previous solution required them to have an IT engineer open op a hole range of ports inbound and outbound. SRT just needs 1 port so in just about 10 minutes there video arrive in the playoutCenter.

Wondering how SRT can help you get your video from A to B or from A to A.B,C and more ? get in touch with us! sales@yourside.nl and where happy to help or start a chat with us using the chat icon on the bottom right corner of the webpage!

I hope this ” SRT in simple words ” Blog has helped understand a bit more on what SRT is and what it can do and how it might be of use in your organization if you would like to know more please find me @ linkedin and Twitter or check out our Rental page if you would like to give SRT a test drive!