SRT Hub: What’s a Hublet and What Does it Do? 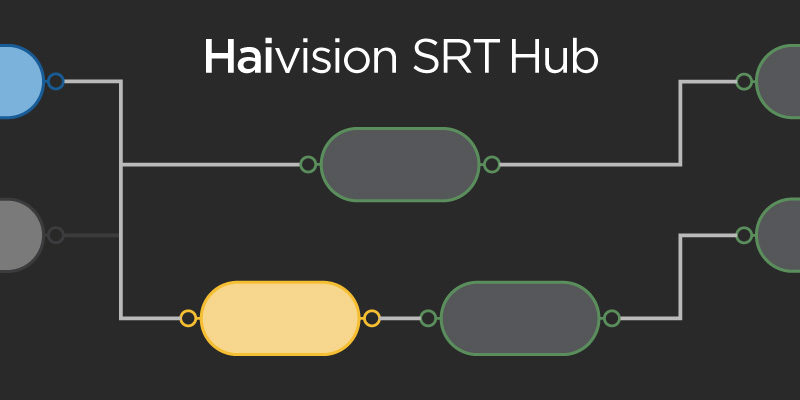 SRT Hub has been making a lot of waves this year. After “stealing the show” at NAB 2019, SRT Hub made a remarkable impression at IBC 2019 in Amsterdam, picking up a Best of Show award. Recent announcements of the SRT Hub partner program, featuring Microsoft, Avid (others) has also contributed to the excitement about intelligent cloud media routing over Azure.

A major feature of SRT Hub and the partner program are Hublets. But, what is a Hublet? In this blog post, we’re going to explain what a Hublet is, how they work within SRT Hub, and how Hublets can help you to streamline your cloud media workflows.

What is a Hublet?

At the simplest level, Hublets are connectors that bring information, including live video, audio, and metadata in and out of SRT Hub, and connect them to third party applications inside the SRT Hub cloud.

What do Hublets Do?

There are three different kinds of Hublets: Input, Output and Process.

Process Hublets allow dataflows to connect into third party services that can perform operations directly to the in-coming stream, and then return the modified stream to SRT Hub to continue its route through the cloud toward its final destination. Examples of Process Hublets could include transcoding, ad insertion, subtitling, or graphic creation.

How Can Hublets Help My Workflows?

Hublets are the critical elements that allow SRT Hub to “glue” together broadcast cloud workflows. With Hublets, SRT Hub provides a flexible and reliable option for sending your media streams to, through, and from the cloud. Hublets allow third-party applications to “plug in” to SRT Hub, where media can be routed through the Azure cloud to instantiated cloud resources running in a given Azure region, then bridged back through other Hublets to perform other applications.

The kind of Hublet you need is entirely dependent on what you intend to use it for, and what you are looking to connect to. Of course, as a Haivison product, SRT Hub includes Hublets for Haivision encoders, including the Makito and KB series.

And with the SRT Hub partnership program, partners like Microsoft, Avid, Cinegy, Telestream, Lightflow, and Wowza Media Systems have all developed integrations for SRT Hub with their products. You have access to a selection of 3rd party Hublets that can connect into your cloud media routing workflows.

And if you are interested in extending SRT Hub capabilities with your product  – you can join the program to build your own Hublet. Haivision released the SRT Hub Software Development Kit (SDK) so that additional partners could develop Hublets to integrate their products with SRT Hub.

Want to learn how Hublets can help your specific workflows with SRT Hub?