Plan B for C-Band: The Impact of 5G on Satellite Spectrum 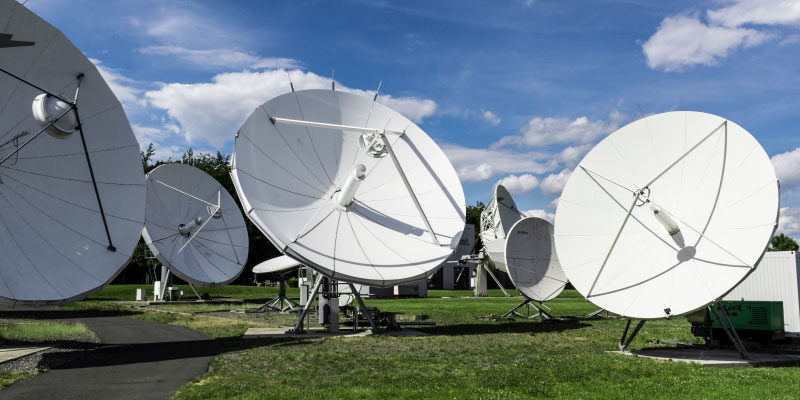 With the imminent rollout of 5G, satellite services for broadcasters are under threat. The US Federal Communications Commission (FCC) recently voted to transition a large portion of C-band for flexible use by December 2025. On February 28, the agency’s five commissioners voted three to two in favor of auctioning 280 MHz within the 3.7 to 4.2 GHz band. The move to free up spectrum is a key component of the FCC’s 5G FAST plan (a strategy to Facilitate America’s Superiority in 5G Technology). Not without controversy, the plan includes $9.7 billion in incentives to encourage satellite operators to fully vacate the spectrum two years faster (in 2023 instead of 2025) to make way for high-speed 5G networks.

Regulatory bodies in other countries including China, South Korea, and the United Kingdom have also been mulling similar plans for bandwidth reallocation. With the prohibitive investments required for dedicated fiber and higher capacity costs associated with Ku-band satellite links, many broadcasters, especially smaller local stations, are faced with the threat of no longer being able to rely on C-band. As broadcasters look to compete with OTT services, the shrinking of C-band is bumping up against increased demand for more live content including in 4K and HDR.

The 4 – 8 Ghz C-band satellite spectrum plays a vital role for television broadcasters. Most live productions, including on-site news gathering and sports, rely on at least one C-band satellite link to transport video to main studios prior to playout. Satellite downlinks are also used in the field for returns feeds and confidence monitoring.

Affiliate stations, MVPDs, and local cable operators depend on C-band for receiving and distributing live broadcasts and syndicated program material. Without C-band, millions of television viewers across the United States would have limited access to television services. Speaking on behalf of thousands of television stations, the National Association of Broadcasters (NAB) filed comments to the FCC highlighting the important role of C-band for producing and distributing sports, entertainment and news content.

Broadcasters located in other parts of the world with tropical climates, including near the equator, are especially reliant on C-band fixed satellite services (FSS) as it is the frequency range least affected by rain.

With operators considering new satellite launches to make up for the dearth of bandwidth, costs for smaller productions may become too prohibitive. Fortunately, there is now a viable alternative to satellite links – streaming over the internet.

A New Alternative for Video Transport

A few years ago, the idea of using the internet instead of C-band for broadcast contribution, backhaul, and distribution seemed fanciful and unrealistic. Internet bandwidths were limited and too unreliable for broadcast-quality workflows. The latency between video encoding, streaming, and decoding was usually too high, (typically around 15 seconds,) to be used for live events.

Newer encoders, such as Haivision’s Makito X4 video encoder, are designed specifically for live broadcast quality streaming over the internet. With end-to-end encode to decode latency well below a second, (under 200ms in many cases,) internet streaming is now a viable alternative to satellite links. The ability to stream high-quality HD video at well under 10 Mbps allows broadcasters to rely on the near ubiquity of high bandwidth services instead of configuring satellite links.

Live streaming over the internet is now as safe and secure, (if not more so,) as satellite links, thanks to the open-source SRT (Secure Reliable Transport) protocol which provides a robust means to reduce jitter and ensure that all video packets are delivered in order and on time. SRT’s built-in support for AES encryption is also critical for delivering high-value video over the internet and beyond the reach of unauthorized distributors and content pirates.

Looking ahead to the near future, streaming over the internet instead of satellite links will provide tighter integration with IP based broadcast infrastructures. Traditional television broadcasters have begun plans to adopt IP networking technology, including SMPTE 2110, as a replacement for SDI based video systems.

Meanwhile new workflows for live OTT services are being built within cloud-based platforms and leveraging CDNs for delivery. Streaming live broadcast video over the internet with SRT allows for greater flexibility in ensuring secure content delivery and includes high value metadata for targeted ad-insertion (SCTE 35), HDR, and 4K TV. As broadcasters look to the internet as a replacement for dwindling C-band spectrum they may find that using protocols such as SRT aren’t only a good alternative, but a better one.

What’s the next step?

For many broadcasters, the typical hesitation of using an open-source protocol has been waived by the number of technology providers that have already adopted SRT, including Microsoft. This makes it a viable and ready-to-deploy alternative to C-band. However, broadcasters need to consider the next steps in implementing this protocol and how it can fit within their production workflows and distribution networks. to do trails with SRT or to start using SRT contact us on sales@yourside.nl or take a look at our rental pool