Why Broadcasters Shouldn’t Be Scared of Streaming 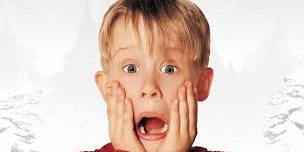 Here’s a new idea for a horror film: you’re a broadcast engineer, and someone on your team suggests that you switch to Internet streaming for your contribution feeds because it’s more modern and cost-effective. It’s scary, because for some reason, it sounds like a character in a scary movie suggesting that you take a shortcut through the spooky woods.

It’s understandable – switching over to a new technology can be scary, especially if you’re comfortable with what you’re already working with. For broadcasters, switching from managed networks and satellite links to the unmanaged and unpredictable internet can be intimidating.

It doesn’t have to be. In this blog post, we’re going to go over some of the common fears that broadcasters have about switching to streaming contribution, and why, with the right video streaming solution, there is really nothing to be afraid of.

Being Haunted by Lost Packets

Packet loss – when packets of data fail to reach their destination, this can result in poor picture quality and makes your producer’s life more difficult. This can be caused by a variety of issues with the network.

However, there are error correction methods available to ensure that your packets arrive to their destination on time, and your picture quality is pristine. Two popular methods include FEC (Forward Error Correction,) which sends a backup with each packet, and ARQ (Automatic Repeat reQuest) in which the decoder automatically requests a retransmission of any missing packets.

Whether your viewers are watching their favorite sports playoffs or breaking news, they want to be as close to the action as possible, which not only means high quality, but minimal delay. And the best way to minimize the delay for your viewers is to keep latency low in the “first mile” of production.

The two best ways of keeping latency low in the first mile of remote production are choosing the right encoder/decoder combination and using a video streaming protocol suitable for broadcast. The latest generation of broadcast-quality video encoders, like the Makito X series, are able to maintain low latency (under 50ms in some cases) without compromising picture quality. And with the right streaming protocol, you will be able to transport high-quality video without worrying about losing packets or creating additional delays.

Jitter can make your pictures jump, and not in a good way. Jitter is a variation in the timing and order of individual packets within a sequence, often caused by interference, crosstalk, or sudden changes in network conditions. Jitter can cause your packets to have massive delays, arrive all at once, or even out of order, causing serious issues with picture quality.

But don’t panic! With the right video streaming protocol, you can mitigate the effects of jitter, and ensure that your packets arrive in a smooth, timely fashion.

Sometimes the network just isn’t ideal, but it’s all you have to work with that day. How are you going to get all of your information across with such limited bandwidth?

Video encoders that have enabled Network Adaptive Encoding, like the Makito X series, are able to detect changes in a network’s conditions as they happen, and adjust the compression level of the encoded stream accordingly. This ensures that your video streams continue fluidly, and remain at high quality, even over the most unpredictable networks.

The Invasion of Security Threats

Security concerns are very real, and with so many high-profile data breaches in recent memories, broadcasters, businesses, and governments are all doing their utmost to prevent any leaks before they happen. And when streaming your broadcast feeds, you can help to prevent security threats by ensuring that your stream is fully encrypted from end to end.

By using a streaming protocol like SRT, which leverages AES encryption, you can keep your streams safe from unauthorized viewers, ensuring that they arrive at their destination, and only their destination.

With the right video encoding tools, streaming your broadcast contribution feeds doesn’t have to be scary. In fact, it can be an exciting way for broadcasters to bring their viewers closer to the action through remote production.